Jason Deeble was born in Wilmington, Delaware in 1979 and began writing and drawing shortly thereafter. He spent most of his childhood reading comic books and playing videogames. The X-Men and Megaman games were especially influential on his young spinning brain. As a result of the relentless hours of heroes and high adventure, his artistic style has always tended toward rounded, mighty little people that populate the realm of the fantastic – squat, swashbuckling superheroes and weird monsters battling it out in strange new worlds.

Jason’s first picture book, Sir Ryan’s Quest, was recently published by Roaring Brook Press. It tells the story of a young boy who crawls into the kitchen cupboard one morning and envisions himself an audience with the great king of pots. Afterwards a pint-sized epic begins with knights and dragons, wizards and warriors. A coat closet becomes a dark and twisted jungle. The garage transforms into a fortress of bric-a-brac. And the basement stairs descend into a desolate dungeon. Booklist described Sir Ryan’s Quest as “an artful blend of the fantastical and familiar…a charming debut with an affectionate, reassuring ending.” This sentiment was shared by Kirkus. “Imagination lives large in this debut…The dauntless Ryan’s adventure is sure to be emulated…this is the spark for an imagination bonfire.” 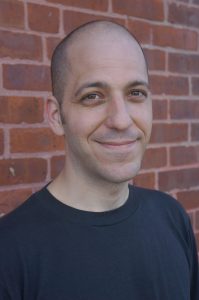 Jason currently lives with his wife, daughter, and two cats in a cozy Connecticut seaside town. He teaches reading and writing at a nearby middle school and wears a tie to work everyday. When school’s not in session, Jason can be found in his studio making books, recordin

g music, or preparing for the launch of his new webcomic Monster Haiku (www.monster-haiku.com) scheduled for July 2011. For more information on Jason’s many artistic endeavors, please visit his website at www.jasondeeble.com.

Copyright All Rights Reserved © 2021 - No works may be used without express permission from Jason Deeble Inc.
Contact Us

We're not around right now. But you can send us an email and we'll get back to you, asap.